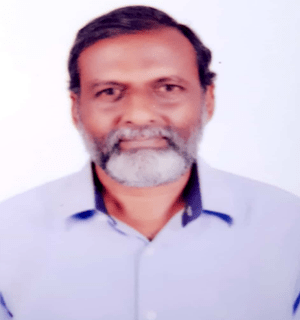 Lt Col S Manohar (Retd) a retired Army officer from the Army Education Corps, has had 23 years of varied experience in Educational Administration in the Army which included appointments as an instructor, administrator, Head of school and member of various Management Committees of number of KV schools, Army schools and Garrison schools. In addition he has held responsibility as a Psychologist assessor in Army Staff Selection board. His last appointment was as the principal of Rashtrya Military School, Bangalore.

After his premature retirement in 2007 he continued to serve in various positions in the education sector. His appointments included Pricipal, Director School operations and Registrar of JK Lakshmipat university, Jaipur.

It was always his desire to contribute to the social sector. This was fulfilled when he got an opportunity to Join eVidyaloka an NGO involved in supporting Govt Schools through Digital Classroom Pan India  in August 2017 as Chief Operating officer and took care of the operations pan-India. He handled nearly 200 schools across 10 states. His responsibilities involved budgeting, operations, partner relations, coordination, compliances and other aspects related to operations. He was also involved in strategising for future scaling. He had to disengage in January 2020 due to extreme personal reasons. Presently he is involved in volunteering and Social Service.

Lt Col S Manohar (Retd) is a graduate with a B.Sc from Osmania  University and has a MA in Psychology  from Calicut University.  He also has a B.Ed (Educational Technology) degree from Barkathulla University,  Bhopal.