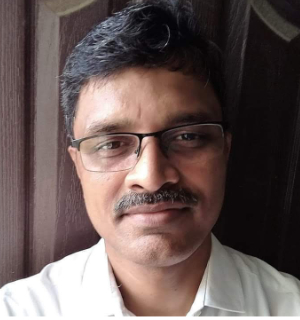 Mr. Rajesh P Menon is Masters in Computer Science and currently working as a Senior Consultant. He has 13 years of experience in IT industry and 12 years of experience in Banking sector. Mr. Rajesh’s first stint in the social sector began through CRY, Mumbai in 2005. Since then, he has been associated with the various non-profit organisations. Mr. Rajesh is also a recipient of REX Karmaveer Silver award (constituted by iCONGO in association with UN) for his relentless services in the social sector. He is passionate towards working for street children, aged population and differently abled. He believes education as one of the key tools in eradicating poverty from society.

Mr. Rajesh began his association with NBI through a volunteering event in 2013. Later, he joined as the Board member in 2014. Since then, he has been actively engaged in guiding the team at NBI in several fronts like branding (designing of logo, brochure, social media, website), fund raising, program development and governance.